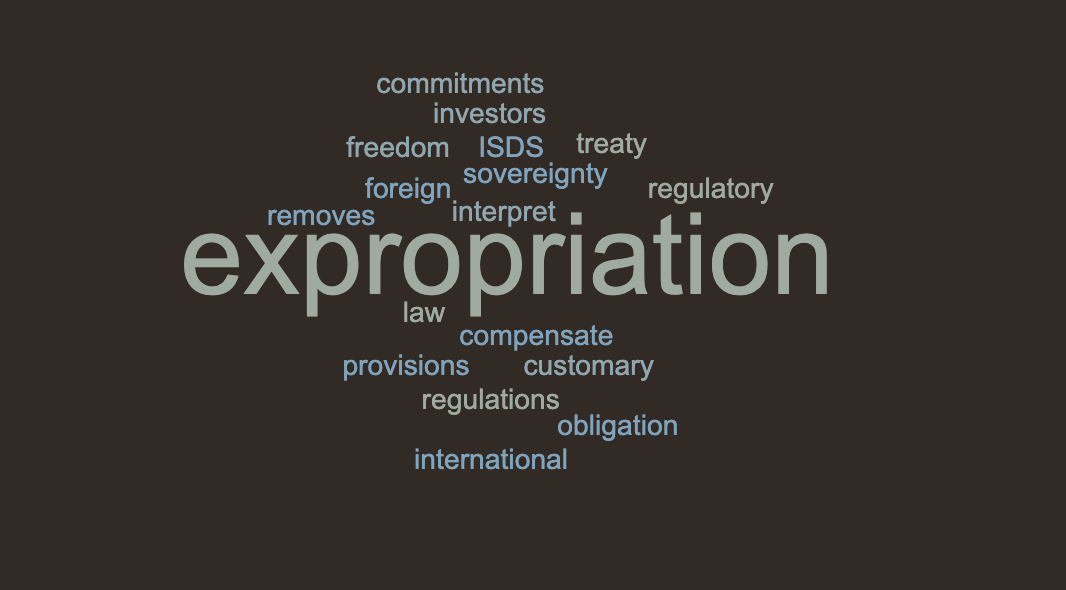 To deal with this challenge, the Investment Treaty Forum of the British Institute of International and Comparative Law co-organised on 20 June 2019 with Withers World Wide a debate on regulatory freedom and indirect expropriation. The debate also featured a discussion on the new book of Dr. Aniruddha Rajput’s “Regulatory Freedom and Indirect Expropriation in Investment Arbitration”.

Professor Attila Massimiliano Tanzi chaired the debate while Andrea Carlevaris was asked to argue in favour of the motion that regulatory freedom cannot justify indirect expropriation. Andrea Menaker argued against the motion. Although the panellists found common ground on most points, they had somewhat different views on the interpretation of the importance of the State’s purpose in assessing regulatory measures.

This post summarises the most important arguments made at the event and adds additional observations related to expropriation under international law.

According to a 2019 report of the United Nations Commission on Trade and Development, States increasingly omit or include more detailed clauses on indirect expropriation in their international investment agreements. Many States argue that the concept of indirect expropriation interferes with their rights to regulate, and amend international treaties accordingly. On the other hand, investors are concerned that the regulatory freedom of states may damage their legitimate expectations and stifle their activities.

Most investor-State disputes today arise out of the old generation of treaties which give tribunals great freedom to interpret customary international law to define unlawful expropriation. However, even if treaties are amended, it is unlikely that new provisions will resolve all controversial issues related to expropriation, leaving arbitrators and academics the task of interpreting them.

Decisions of other tribunals can serve a helpful role. In practice, tribunals often cite decisions in inter-State disputes, the reports of the World Trade Organisation Dispute Settlement Body, the European Court of Human Rights decisions, and other cases beyond the investor-State framework. On the one hand, such practice supports the idea that international investment law is a part of public international law. On the other hand, it is important to be cautious with importing jurisprudence of other tribunals (such as the Iran-US Claims Tribunal) or domestic law because of different jurisdictional requirements, different nature of regulatory measures and context. Even decisions of other investor-State tribunals are not binding and result from different legal and factual circumstances.

In some treaties, expropriation remains the only standard the violation of which falls within the scope of the tribunal’s jurisdiction. This is why distinguishing between breaches of treaty provisions related to expropriation from other treaty standards such as FET, discrimination or full protection and security has important practical consequences.

Deprivation of the Investor and the Sole Effects Doctrine

One approach to determining whether expropriation was in breach of international law focuses on the effects of regulatory measures. The so-called sole effects doctrine requires the consideration of the detrimental effect of the measure on the investor as a major or even the only factor to decide on the legality of expropriation. Two oft-cited cases, Biloune v. Ghana and Metaclad v. Mexico, employed this approach and explicitly rejected all other conceivable criteria before concluding that the damage to an investor alone was relevant.

For this approach, the State’s purpose in applying the measure (e.g., good faith or malice) becomes almost irrelevant. In adopting this approach, the tribunal in Metaclad v. Mexico noted that “the Tribunal need not decide or consider the motivation or intent of the adoption of the Ecological Decree…”. To assess whether the damage suffered by the investor amounted to making the investor’s property rights useless, tribunals assess a number of factors that have been elaborated in the well-known Pope & Talbot v. Canada case:

The tribunal in Techmed focused on the same factors in assessing direct deprivation and held that regulations which completely defeat the profit-making ability of investment constitute compensable indirect expropriation.

The participants argued that the sole effects doctrine was excessively broad essentially covering any regulatory measure of the state, even a lawful one because any such measure would naturally lead to a degree of damage. The sole effects doctrine may also lead to inequitable results, for example, if the measure affects a less diversified business, the impact would be more serious compared to more diversified business.

The Purpose of Measures and Proportionality

The consensus at the Investment Treaty Forum meeting was that the effect of measures should not be the only element, and that the purpose of the measure should play an important role, too. While the good faith intent of the State alone does not make expropriation lawful, the key question is when the exercise of regulatory power becomes illegal under international law.

The conceptual difference between a regulatory and expropriatory measure is whether the state adopted the measure with the purpose to deprive the investor of its property. For example, when states started to regulate the production and the use of asbestos, they did so to protect public health rather than to deprive investors of their property. In some cases, such as SD Meyer, States may claim that their purpose was bona fide (e.g., protection of environment), while in reality, the purpose could be to protect a national business, discriminating against foreign investors.

Declaring that a regulation was made for a public purpose is not sufficient to justify expropriation; in other words, it is not a self-judging principle. The panellists agreed that in such cases the sole effects test should not find a strict application. However, they disagreed as to whether some tribunals ignored regulatory freedom or engaged in the judicial economy. In other words, if no substantial deprivation took place – there was no need to look any further, for instance, to examine the nature of the measure and its extent.

One of the most influential decisions on expropriation, Methanex v. United States of America, established the following criteria to determine the legality of expropriation:

Tribunals often use a proportionality approach to determine the legality of expropriation under international law because it considers the contradictory interests of states and investors. The question is whether proportionality can be imported into investor-State dispute settlement. Some argue that there is no solid basis for this principle in public international law.

A common approach used by tribunals is to see whether the measure was taken in good faith and for what purpose, in the light of other alternatives. In other words, the purpose and the effect of measures determine whether expropriation was unlawful. This approach does not mean second-guessing State’s policies but rather assessing whether they breach any existing international law obligations of the State.

A podcast form the event is published on BIICL Soundcloud.

This blog post was originally co-authored with Lizaveta Trakhalina and published on Kluwer Arbitration Blog.