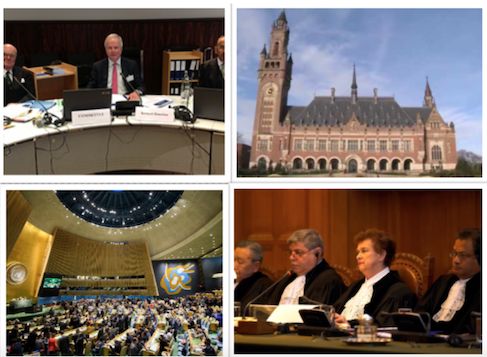 On 18 October  2019, we put together a joint BIICL/University of Liverpool event on the appointment of international judges and arbitrators. The idea was to look at common trends and divergences between various international courts and tribunals with a particular focus on legitimacy and the rule of law.

I presented my views on the split between the public and private adjudication and how it may undermine the legitimacy of various institutions. For instance, the largest groups of states which appear as respondents in investor-state disputes are Latin American and the CIS states. However, the largest groups of adjudicators come from Western Europe and North America. This creates an apparent geographical mismatch absent in international courts or even commercial arbitration where arbitrators are usually experts in applicable domestic law.

My experience participating in conferences of UNCTAD and UNCITRAL suggests that some developing states feel that the foreign arbitrators pass judgements on sensitive matters without knowing much about the national laws, traditions and policies of the affected regions. That undermines the effectiveness and legitimacy of the investor-state dispute resolution system.

Kanstantsin Dzehtsiarou (University of Liverpool) and Alex Schwartz (University of Hong Kong) presented their empirical study on professional diversity on the European Court of Human Rights. The prior judicial experience as a job requirement may lead to an increasingly professionally homogenous bench. They made an interesting point that it was important to look not only at backgrounds of individual judges but also at the composition of panels, which decide cases. This has a significant impact on the outcomes of decisions.

The current trend is that the number of international judges with prior judicial experience is rising at the ECtHR which creates a risk of undermining the professional diversity of the court. Their hypothesis is that panel homogeneity is bad because among other things it amplifies the ideological preferences of judges.

Helen Mulvein from the Foreign and Commonwealth Office highlighted the political nature of electing judges to international courts and gave examples of various ways how states lobby and cooperate in the process.

She mentioned that it was important to make sure that the judges were not only politically acceptable but also competent and that the procedure of courts integrates views of all relevant stakeholders. For example, the Special Tribunal for Lebanon which integrates both Lebanese and international judges. She also observed that procedures become more detailed over time with very specific requirements imposed on the candidates.

Other interesting points made during the Q&A session included:

@kryvoi speaking this evening at our event with @LivUni in london pic.twitter.com/07fjiVEfF5